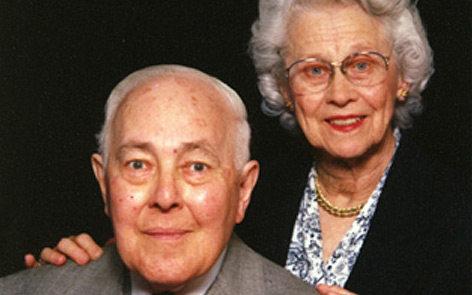 Dan and Betty McDaniel settled in Guilford after Dan retired from a successful career as a globe-trotting chemical engineer executive. Being active in the community was important to them from the moment they arrived. “Both my parents were only children,” explains daughter Betsy. “Community, family and friendship were incredibly important to them.” They were very active in the Episcopal Church. Betty, accomplished in gardening and needlework, served as president of the Leete’s Island Garden Club and a leader in the Red Cross Blood Donor Program. Dan demonstrated a visionary commitment to promote and encourage philanthropy when he served as president of The Guilford Foundation.

Dan explained their ongoing enthusiasm and support for the town and people of Guilford: “We picked Guilford at a time in our lives when we could have chosen virtually any town. We chose Guilford because of its character, charm, and vitality. We want to preserve those qualities which brought us to Guilford and enhance the characteristics that make Guilford so special.”

The McDaniels established this fund in December 1989 with 600 shares of stock valued at $20,000. They requested that half the income from their fund be used for current projects as recommended by the Board of Directors and half become part of their endowment fund. This was an innovative way to ensure that their fund would continue to grow, while at the same time, continuing to support the current needs of the community. Dan contributed to this fund until his death in 1998. Friends and family have continued to designate donations to this fund.