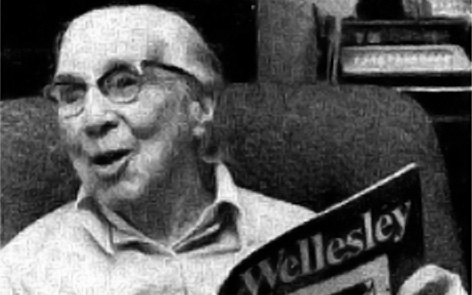 Eleanor Little was an amazing woman. Born in 1885, she lived to the age of 100 and proved to be a highly successful career woman in an era that offered few opportunities to women. “She just had so much professional ability,” according to Reverend Bradford Locke, “It was her personal capacity to support other people in such a unique way that people always felt she was working with instead of against them…She was always looking into the potentialities of the future, the possibilities for people.”

Reared as a Quaker with deep compassion for others, Eleanor achieved on her own terms. She was a corrections social worker in New Jersey and Pennsylvania and was the first psychologist in a women’s correctional institution. She came to Connecticut in 1918 to work in industrial relations. During the depression of the 1930’s, this Republican woman ran the all-male staff of Connecticut’s emergency relief program and was described as “the most powerful woman in the state.” Also, during WWII, she was a state evacuation administrator. Over the years, Eleanor served two terms in the General Assembly, 18 years on the Guilford Board of Education-usually as chairperson, and 23 years as head of the parole department of the state prison for women in Niantic. She called her career in corrections “My life in crime.” Meanwhile, she remained very proud of her knitting and crewel work and was delighted to win blue ribbons at the Guilford Fair.